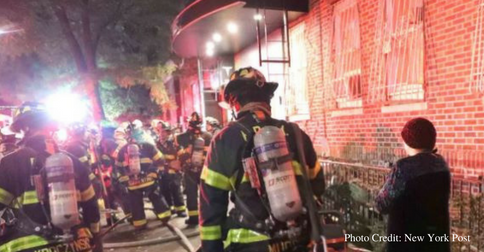 Let's share with our neighbors, and help them get back on their feet.

a the special Boro Park fire fund and get a tax-deductible receipt from "Masbia of Boro Park," click here: Donate Now (This fund is in collaboration of the "Boro Park JCC", Senator Simcha Felder's Office and Assemblyman Dov Hikind's Office)

To Donate Much-Needed items as a neighbor to neighbor gift of emergency supplies to help salvage or replace personal belongings, or toys to the children who lost everything and are sleeping in a motel. See Amazon Wishlist Here. All supplies on the wishlist will be delivered to the Masbia main office, 1276 47th St Brooklyn NY 11219.

Photos of inside one Apartment below: 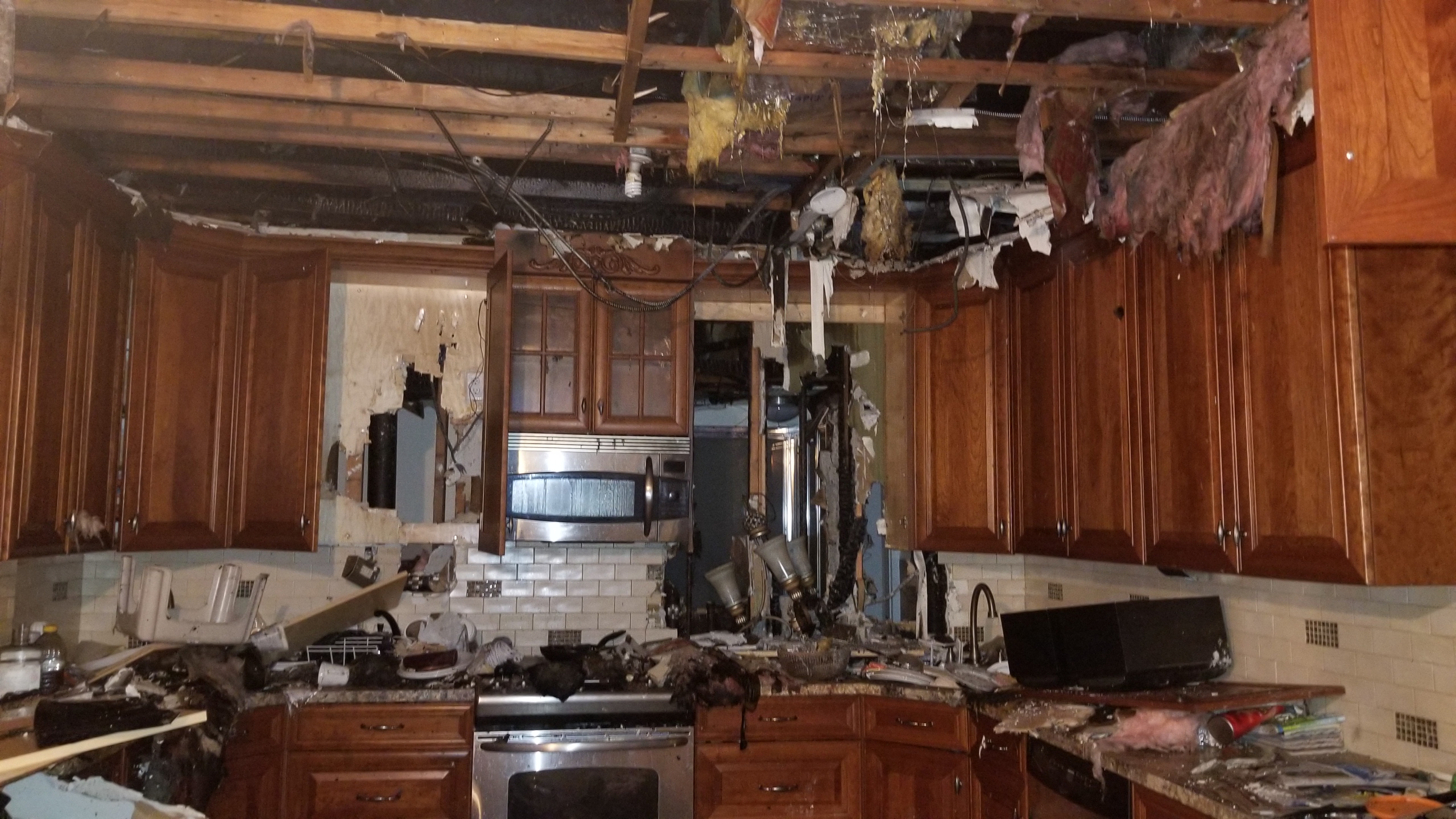 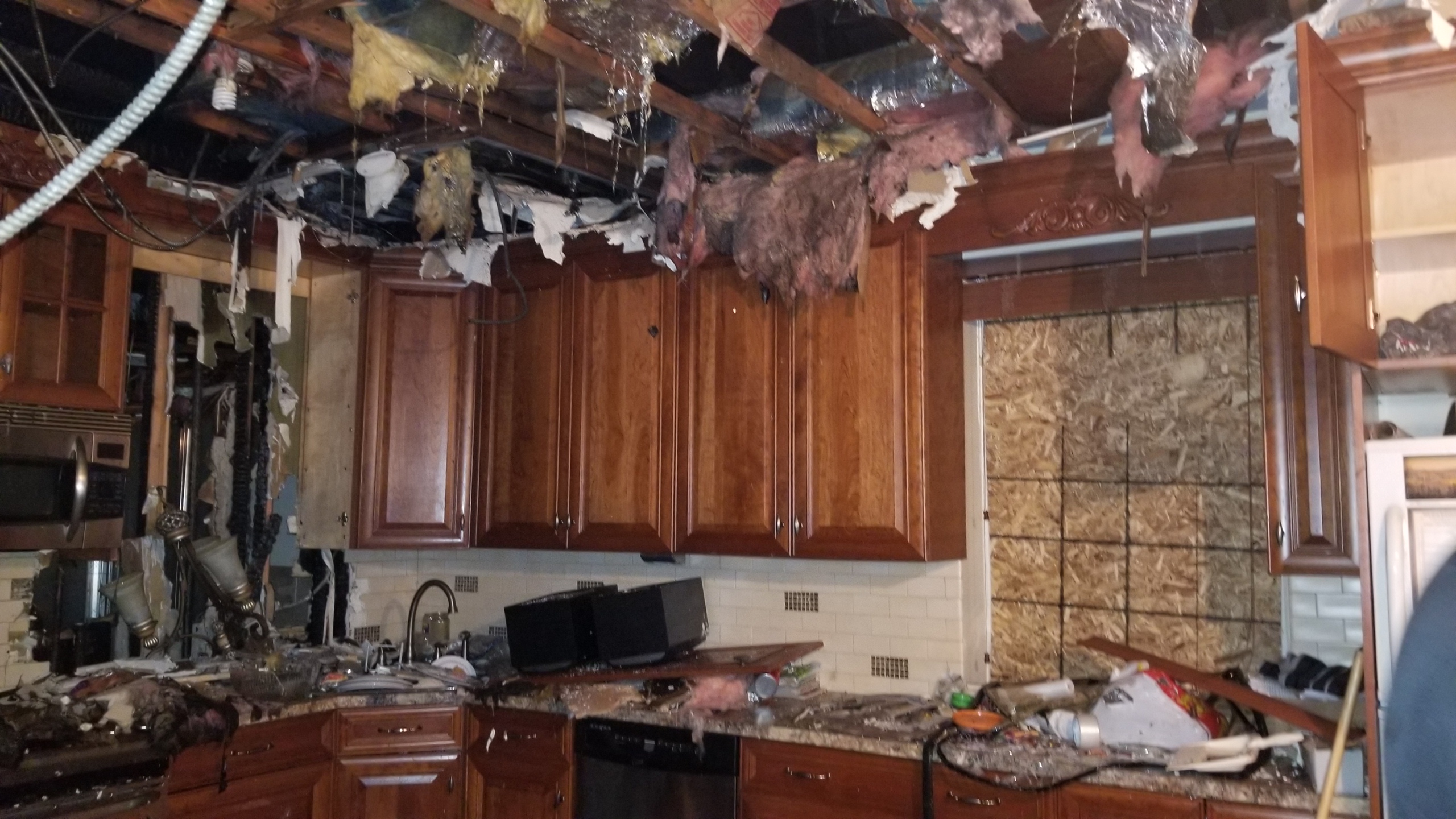 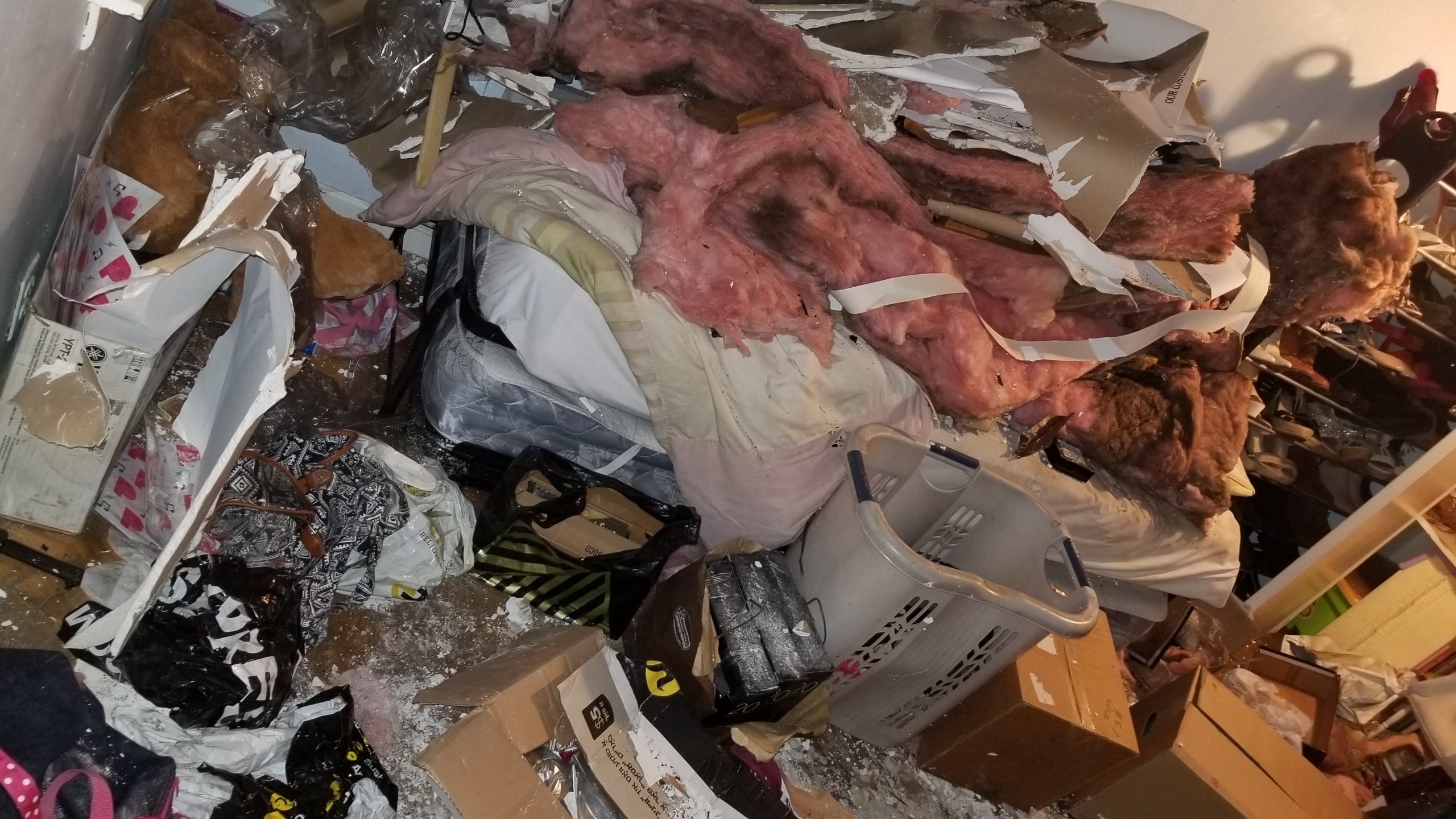 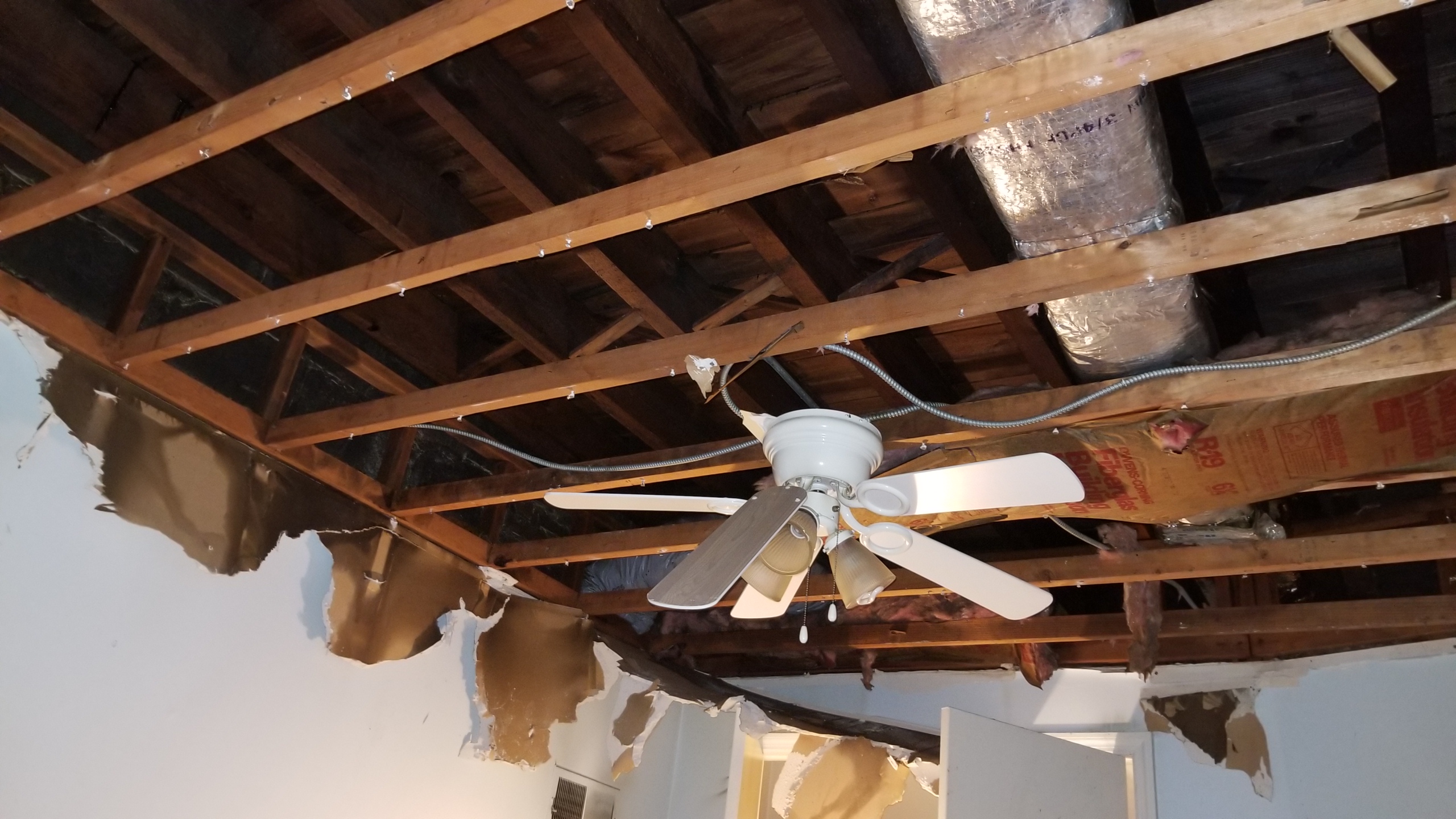 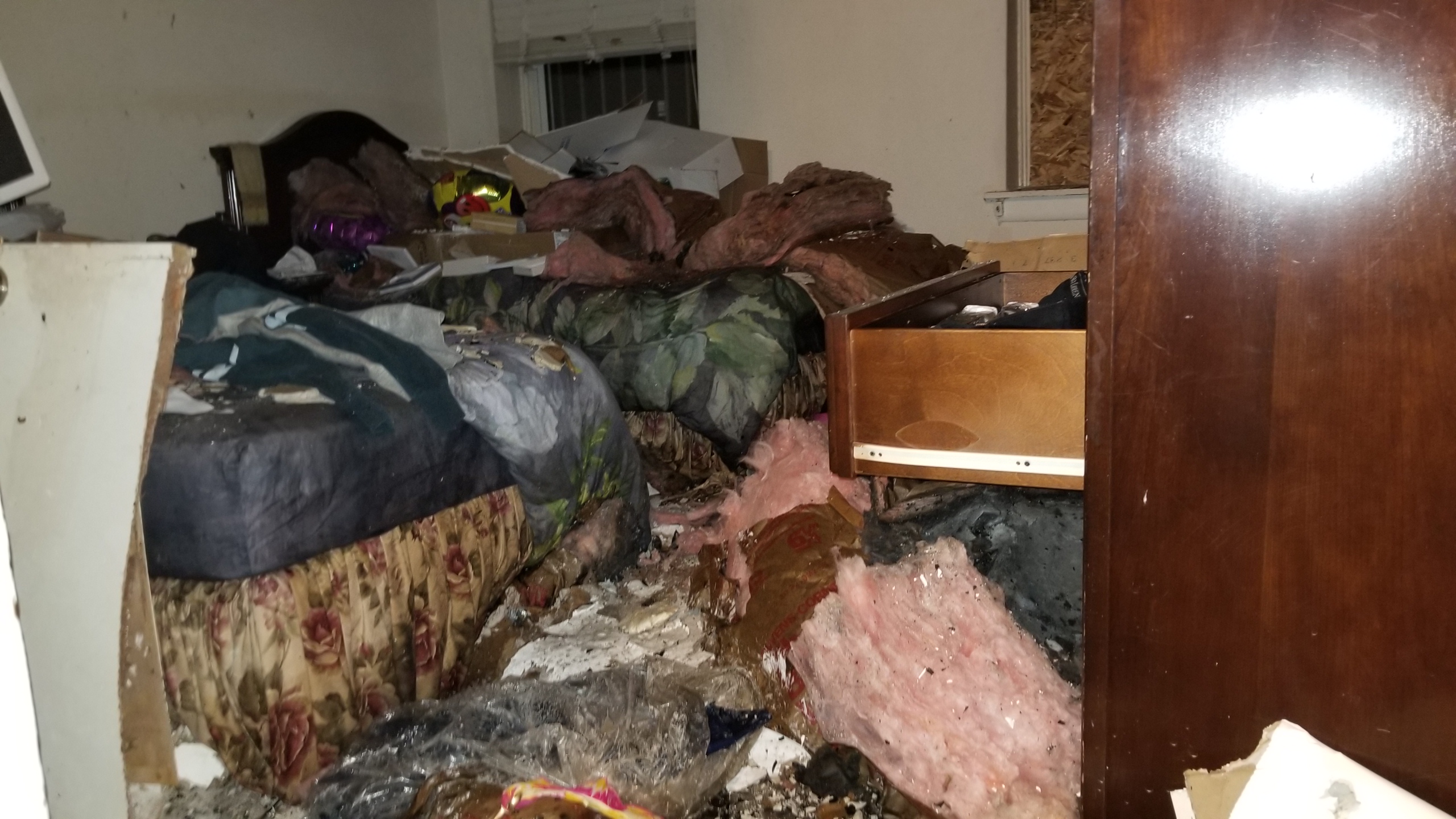 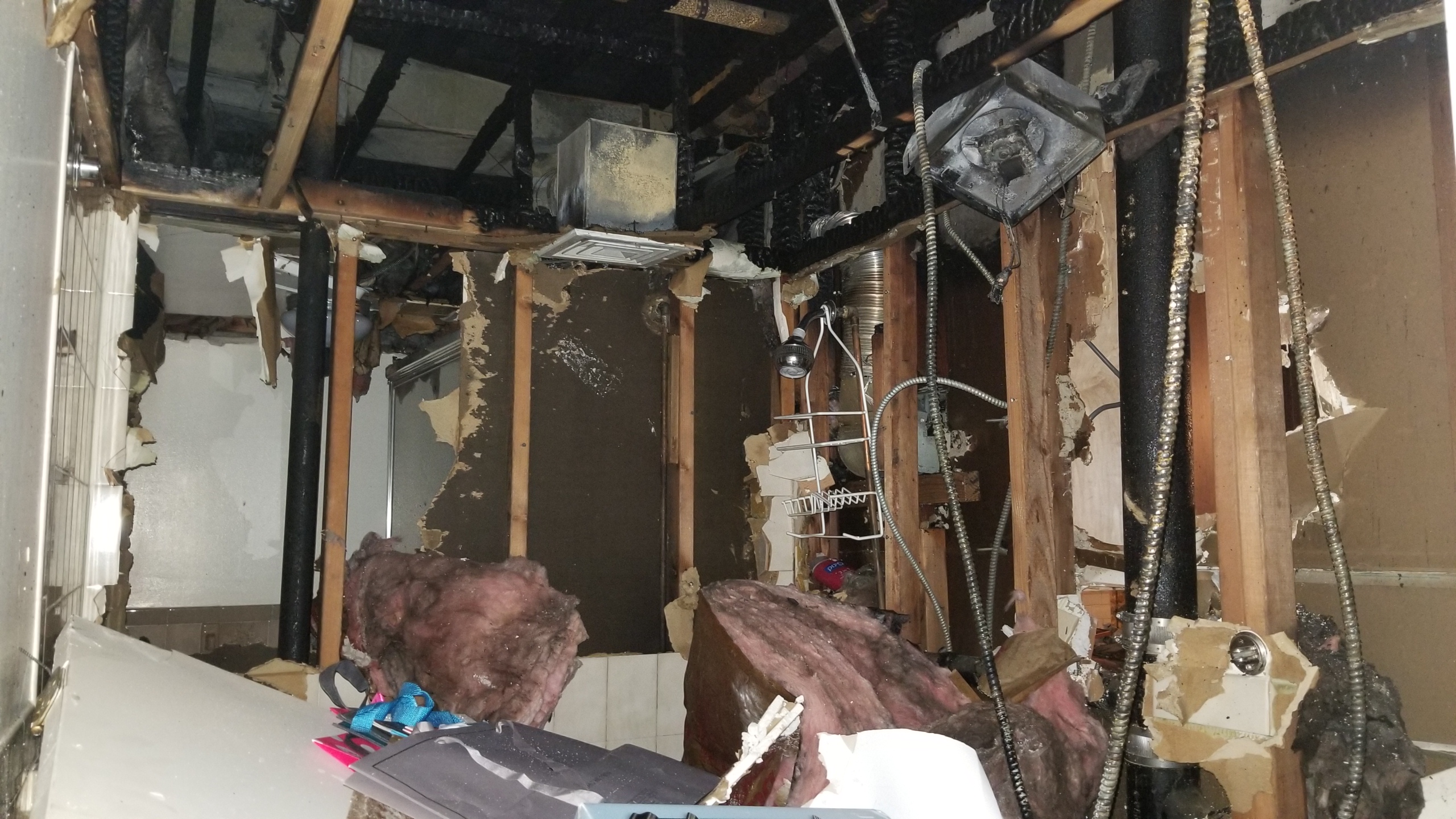 Masbia is the only kosher certified soup kitchen in America that is open to the public daily. Not only are daily dinners certified by the Orthodox Union (OU), the world's largest and most widely recognized kosher certification agency, but everything we give out at our food pantry is certified by them as well. Since we receive a lot of donated food items and federal commodities which don't have a hashgacha (aka kashrut symbol) on the packaging, we found it necessary to have a blanket certification of our entire inventory of emergency food. Not only do we try to give our people the best food in the utmost dignity, we also give them a high standard of kashrut, thus the OU is our certifying agency. All hot food served in our restaurant style soup kitchen is glatt kosher, done with hashgacha temidis, uses vegetables that have been checked for bugs, and is pas yisroel.

Masbia of Boro Park also has a local certification known as KHC under Rabbi Avrohom Friedlander, of Hivnov. Rabbi Friedlander's certification is prevalent among Boro Park's institutions such as Maimonides Medical Center and the Boro Park Center. Therefore, this was the right fit for Masbia as well. The KHC certification only for the restaurant style soup kitchen. It does not include the food pantry. 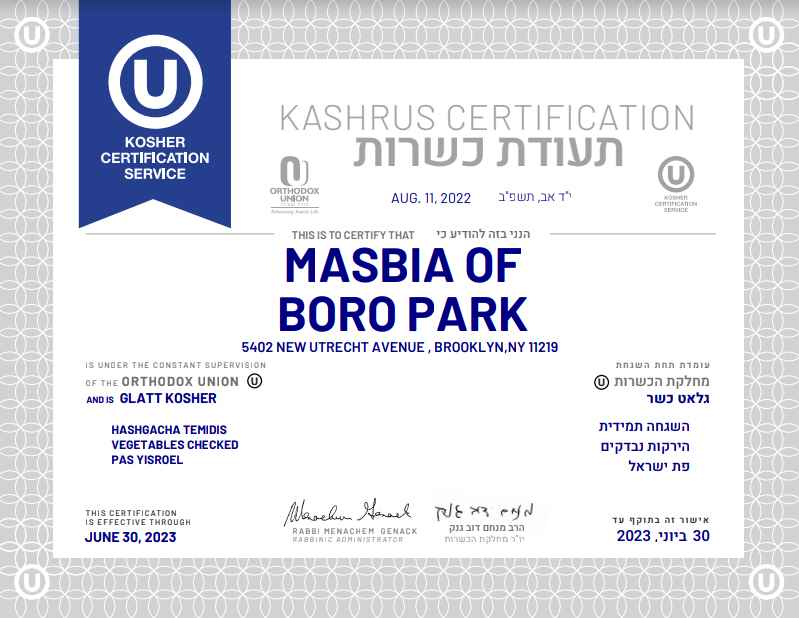 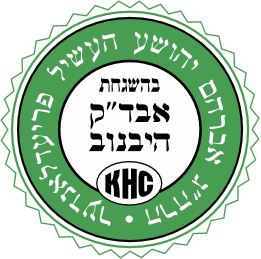 Posted on About us by Alexander Rapaport · June 13, 2017 11:33 AM
Boro Park Attractions and Places to Visit

Boro Park - Borough Park is a neighborhood in southwestern Brooklyn, lying within New Utrecht southeast of Greenwood Cemetery bounded to the north by 37th Street, to the east by McDonald Avenue, to the south by 64th Street, to the west by Eighth Avenue and its eruv covers 225 blocks. The neighborhood is densely populated and mostly residential, with few parks.

Often spelled Boro Park, the area was the site of commercial nurseries in the early nineteenth century and was developed in the 1880s as Blythebourne by Electus B. Litchfield, which the post office is still named after. Initially, the residents were comfortably middle class. Jews from Williamsburg arrived by the 1920s and Italians from the Lower East Side of Manhattan in the 1930s. During the 1960s many Reformed Jewish residents moved to the suburbs; they were replaced by Orthodox Jews from Williamsburg and Crown Heights.

The population continued to grow as Hasidic Jews moved to the neighborhood from other parts of Brooklyn, Israel, and central Europe. In 2011 the estimated population of Boro Park was 140,000.

Boro Park is rightfully known as the “baby boom capitol” of New York City, not only for its high birth rate, but also because more babies are delivered at the local hospital, Maimonides Medical Center, than any other hospital in New York.

Responding to needs of this growing unique population, many social welfare and charitable Jewish organizations and institutions were formed. Among the more notable ones are Chevra Hatzolah, Shomrim, Chaverim, Tomchei Shabbos, Bikur Cholim of Boro Park and later an Eruv Society and dozens of small, community based charity groups. By 2009 Orthodox or Hasidic Jews accounted for about 80 percent of the population. Today, there are close to 300 shtiebels; small intimate synagogues prefered by most hasids, and close to 100 of them are formal synagogues in synagogue-like buildings, about 130 religious schools, which enroll close to 30,000 students, and more than 20 Hasidic sects, including Belz(er), the Bobov, the Ger, the Satmar, the Skver, the Pupa, the Klausenberg,and the Viznitz. Boro Park is also a bastion of Hassidic Jews who don’t affiliate with a specific sect and is fertile ground for new sects, and ones that were decimated in World War II, to emerge, such as Rachmastrivka and, more recently, Kosov.

Congregation Shomrei Shabbos, an over 80-year-old synagogue, emerged as the epicenter of Boro Park. Boro Park men (and women on special occasions) pray three times a day from age 13 and up. The synagogue pioneered the concept of having a prayer service start every 15 minutes, which eventually turned into a 24 hour synagogue with services round the clock. The late night traffic generated by the synagogue spills into the surrounding blocks, with restaurants and groceries staying open late and peddlers selling their wares late into the night.

The heavy human traffic has also attracted many beggars and other desperate people, both Jewish and non-Jewish, who come hoping for some alms from the generous worshipers. The synagogue also serves as a makeshift place where local food establishments leave food for the poor to collect.

Boro Park together with its neighboring communities of Kensington, Flatbush and Midwood, has become the largest bloc of religious Jews in the world, and as a result it has also become a center of religiously related industries, including Kosher food, Kosher bakeries, hand Matzo factories, stores specializing in modest wear and Chasidic garbs, Tzitzit companies, culturally sensitive toy stores, Judaica stores etc. Because of the high birth rate, and because men and women get married by their early 20s, the wedding related industry is one of the biggest industries in Boro Park. For families that don’t live together before marriage, the wedding industry includes outfitting an entire apartment for the newlyweds: from handymen and contractors, to sheets, tableware, clothing, appliances, wedding gowns, caterers, party planners, banquet halls etc. While most of America is losing its mom-and-pop stores to chain stores and the internet, Boro Park remains largely mom-and-pop businesses. These businesses serve not only the locals, but religious Jews in the greater New York metro area.

While many residents also work in Manhattan or in northern Brooklyn, often riding to work on the buses of locally organized lines, many work locally in Boro Park. In addition to the religious industries mentioned above, schools also employ many residents. Many also work in accounting and e-commerce. Peddling wares on Amazon has become a huge business. Most notable is a building at the border of Boro Park on 37th St. and 14th Ave., known now as Brooklyn Square, where a block-long industrial size building was converted into hundreds of offices.

While statistics show that there is a lot of poverty in Boro Park, there is also a lot of wealth. On 13th Avenue in Boro Park there are close to 20 banks, and according to the FDIC, Boro Park deposits were one of the highest in Brooklyn.

Both rich and poor choose to settle in Boro Park for the cultural and religious accommodations, such as specific schools, kosher supermarkets, restaurants and other religious services. This creates a unique economic reality: The super-rich live cheek-by-jowl with their desperately poor neighbors, who sometimes become invisible because everyone wears similar clothing as per Chassidic custom.

You could arrive in Boro Park on a Saturday to find all the stores closed with their shutters down in observance of the Sabbath. The same goes for Jewish holidays, when everything shuts down. On the other hand, Sunday feels like a regular day--schools are open, and almost all banks and even the Post Office and Public Library are open.

In April 2005, Masbia opened its doors on 14th Avenue and re-invigorated the old Jewish concept of sharing meals with the needy. After a couple of years, Masbia exported the concept to other Jewish neighborhoods in New York City and got a shout out on SNL. To date, Masbia is a network of three soup kitchens with its main office located in Boro Park. Masbia of Boro Park is unique in that it also serves meals on the Sabbath and Jewish holidays to those who RSVP.

Source: The Encyclopedia for New York City Second Edition, Borough Park entry written by John J. Gallagher, Wikipedia, and linked to newspaper reports, with updates and edits for accuracy By Masbia staff with help from The New York Times Reporter and Author of "The Pious Ones", Joseph Berger.

More Links with Information on Boro Park That Might Interest You: